In 2019, Vodafone’s annual Internet of Things (IoT) barometer (registration required) reported with optimism about the impact of the IoT as adoption surged during the year. After surveying close to 1,500 qualified executives involved in shaping their company’s IoT strategy, suppliers and requirements across a variety of industries and regions, Vodafone found some 34% were already using IoT solutions, and of those, some 76% described their IoT project as mission-critical.

What’s more, some 95% of these adopters saw “measurable benefits” from their projects, and 84% of them were more confident about their IoT project than they were 12 months ago.

Those numbers from successful projects are encouraging, but they also reveal that 66% of these qualified executives were not as active in using IoT. The IoT industry might qualify as one of the most researched and surveyed business sectors in recent years, but there has rightly been just as much emphasis on the reasons for the failures as there has been a focus on successes.

Trying to analyze the root causes of success or failure across so many different industries and regions is bound to throw up a kaleidoscope of answers. But dig behind the headlines from all the research covered and a picture does begin to emerge.

First up — there is a mismatch between the technologists and business leaders. A Cisco survey revealed that only a quarter of companies rated their IoT projects as successful, but the view on the degree of success varied greatly. Some 35% of the tech team rated the projects a complete success, whereas only 15% of business leaders echoed that assessment.

Capgemini’s research potentially reveals the root cause of that mismatch — it found that 49% of industrial IoT projects lacked a clear business case. Without that measurement tool in place, it’s little wonder that business executives are less convinced about outright success.

Of course, not having clearly defined business aims is a common failure point for all types of IT projects, not just for IoT. Nevertheless, Beecham Research’s study (registration required) of IoT adopters, from late 2019 and this year, produced interesting data points that highlighted the common failings.

Beecham found the split between perceived success and failure of IoT projects to be around the 40/60 mark. However, a clear pattern emerges that echoes the Capgemini and Cisco findings.

Across the board, 96% of executives involved in successful projects rated factors such as the clarity of the business strategy, involvement of senior management and availability of technical and financial resources as either important or very important to the success of their projects. However, those responses were almost reversed by executives involved in failing projects. Close to 80% of them called for improvements in business strategy (48% asking for major improvements), 90% cited a lack of sufficient senior management involvement, 95% felt available tech support inadequate and a full 100% felt the right financial resources were not made available for the project.

It’s hard to escape the conclusion that time devoted in advance to properly planning the project, identifying what it can and should deliver, and devoting sufficient management, technical and financial muscle to the process are key to a successful outcome.

Perhaps the biggest disparity in the results — one that really highlights the importance of business objectives being fully aligned with project delivery — concerned revenue generation. Although 96% of all those surveyed felt enabling new business models to be an important part of the project, among those involved in unsuccessful projects, only 4% believed it had fully delivered on that goal and more than half, 53%, said it had not delivered at all. That’s an astonishing mismatch between business objectives and project outcome.

This backs up our own experience at my company. Some 80% of customers come to us with a failed or stalled project, often managed in-house. It’s a common mistake to think the communications part of the project will “just work” and very little planning and development is focused on that element. A project becomes written off as failed because the data isn’t collected and communicated properly. Devices drop on and off the network, gaps occur in the information and an incomplete picture is received, devaluing the whole project.

The number one reason for these failures is poor initial project design. Not enough time, resources and expertise dedicated to planning the network against clear deliverables. Not enough thought given to IoT connectivity or challenges. Believing that it can all be handled in-house using open-source software and standard connectivity lies at the heart of so many project failures. Eluding most IoT project managers is the degree of technical complexity escalation that occurs as IoT deployments scale. The process is clearly not linear, coming to a point where it quickly overpowers in-house systems, stressing support organizations, harming customer experience and ultimately hurting the brand. Even the clearest business objectives for the project become irrelevant if the data isn’t being efficiently and reliably collected.

IoT projects may be complex and costly — but not as costly as getting them wrong. Time invested upfront in planning the deployment, and planning for eventualities, including nonintuitive ones that are now well documented and understood by IoT experts, will pay long-term dividends. Failure to invest that time almost always leads to a failure to deliver. And the time taken to recover and repair the project adds to the initial cost and length of time required to deliver a return on investment — not to mention recovering from brand damage.

In IoT project delivery, time really is money, and it needs to be spent wisely in advance. If it isn’t, then that’s why IoT projects fail.

How to Optimize Your Manufacturing Processes and Use IoT 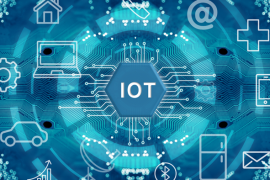 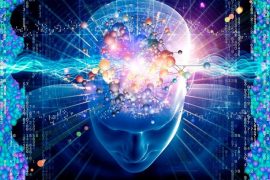