Penetration testing (also known as pen testing) is the process of simulating a cyberattack against a company’s network and systems in order to exploit and highlight any vulnerabilities. This is done in order to establish whether a real cybercriminal could access and compromise the company’s systems. This way, the security and IT team can address these vulnerabilities and bolster the company’s security efforts.

But in order to run an effective penetration test and get the top security systems in place, IT and security teams needs the right tools to be able to do this. For most businesses, investing in their security efforts is important and worthwhile, however, this can be tricky if you’re low on funds or sticking to a budget.

Metasploit  is a vulnerability exploitation framework which provides a range of different tools that can be used during a penetration test. It is designed to be a multi-purpose hacking tool and the framework has become hugely popular amongst pen testers and security teams – especially since it is free to use. Using the different tools, specialists are able to:

The last two points have been included because the framework itself is an open source project and has been backed up by more than 200,000 contributors! For this reason it is an extremely robust framework for running penetration tests.

Wireshark is a great web vulnerability scanner that you can use for free. It is often regarded as the industry standard network protocol analysis tool and is used to capture data packets that are moving within a network. This information is then displayed back to the tester in a human-readable form (and can also be stored offline) ready for analysis. The tool allows users to capture data in a number of ways, including:

It even allows users to capture this data from USB-attached network interfaces through USBPcap, so the tool really does cover every base.

Network Mapper, usually abbreviated to Nmap, is an open source, and free application that is used for network scanning. Though it is primarily a port scanner, it can be used to scan a single or several IPs, ports or hosts. Some of the other functions of Nmap include:

So as you can see, it is a powerful tool and it costs nothing to use! It’s also worth saying at this point that the information gathered by this tool is best used as a precursor to a penetration test.

John the Ripper (often abbreviated to John or JTR for ease) is a popular tool for pen testers and is used specifically for password cracking. It is used primarily to conduct dictionary attacks which help to identify weak password vulnerabilities anywhere within a network.

John is an offline password cracker and it can be invoked both locally and remotely. What’s more, it can also be used in some cases to perform brute force and rainbow crack attacks where needed. And of course, it’s free to use.

Sn1per is particularly popular with penetration testers and cybersecurity specialists as it offers all-in-one testing tools.

It has a continuous Attack Surface Management (ASM) platform built in, which allows you to discover your application’s attack surface and vulnerabilities, giving you the opportunity to prioritise the biggest security threats. Sn1per also makes it possible to:

So as you can see, you get a lot from this pen testing tool, especially given that it is free to use.

HackTools is a very powerful platform, offering an all-in-one web extension solution that features a range of different tools and cheats sheets for testing XSS payloads, reverse shells, SQLi and more. HackTools is also great for pen testers because:

As well as being free, the tool is generally available as a tab or a pop-up option. This means that once you’ve added the extension to your devices, you get a one-click feature on which you can search for payloads within your local storage and on websites.

Burp Suite is a net scanner and its primary objective is to intercept requests and responses between your browser and the target application.

The free version of this suite allows you to generate a proof-of-concept cross-site request forgery (CSRF) attack for a given request. You can also use the built-in application-aware crawler, which can help you to map out your application contents.

However, this platforms is also available in a paid-for version which is more advanced and can unlock even more impressive features to support your penetration tests.

Last but not least we have Karkinos. This is a lightweight but very efficient penetration testing tool and comes as a bundle which is made up of multiple modules. You can use these modules to carry out a wide range of tests from this single platform.

The various tools and modules within the Karkinos bundle allow you to:

It’s easy to see why this is sometimes referred to as a ‘Swiss army knife’ for penetration testers and cybersecurity professionals. 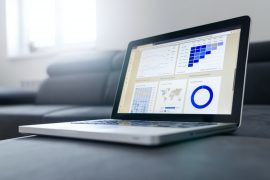 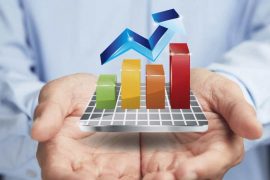